Our Works Manager, Dino Della-Bianca was employed by owner, Carol Campbell in 1996 as foreman to 10 employees. As one of our longest serving employees, he has witnessed numerous changes, seen many people come and go, and conquered many challenges.

Dino oversees the everyday operations within our Conveyor Division in conjunction with our Branch Manager. With thirty plus years’ experience in the industry, his knowledge and skills are extensive and reliable. He has a pro-active approach and has been involved in some major belt projects and contracts at coalmines, both on the surface and underground, and at the Port of Newcastle. Some memorable projects are PWCS belts from 600mm wide up to 3.2 metres, NCIG CV21 1500mtr x 2500mm belt insert, spliced and rolled into one large 106ton length, and changing out both drift conveyors at Cooranbong and the Delta Link.

Since its inception the company has also undergone two name changes and two location shifts to accommodate its evolution. Dino attributes its growth and success to a team of enthusiastic and driven personnel, and to living by and upholding, Carol’s motto, ‘Be open and honest with all my customers.’ He believes this approach of honesty and integrity by all, from the shop floor to senior management, has been a major contributor to the company’s development which has expanded to include 150 employees and to establishing the PHC Group as one of the leading contenders in the industry. 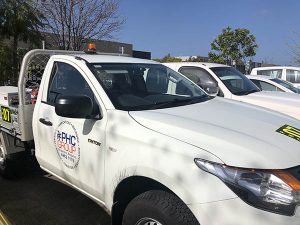